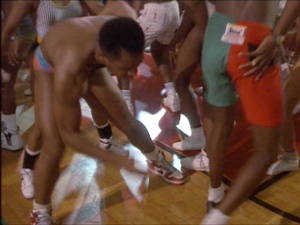 One of my favorite movies from Director Spike Lee is “School Daze”, which is definitely a cult classic. Like nearly everything Spike Lee does the movie comes complete with floating people and a racial undertone. One of my favorite scenes in the movie is during the pajama party which is part of the homecoming festivities. During this scene E.U (Experienced Unlimited) performs another cult classic, ” Da Butt”. By far one of my all time favorite dance songs, a song that at my mother’s 50th birthday party she and I graced the dance floor and jammed to. A song that at my wedding I plan on having played for my mother daughter dance. Without further ado, check out the official video for “Da Butt” circa 1988. Enjoy!

This song has been a curse to me since I was a little girl. Being that name is Brendolyn which is supposedly a combination of Brenda and Lynn people have always called me Brenda. I was tormented by classmates for years with this song. TuPac is said to have been the greatest rapper hip hop has ever seen. I am a huge Pac fan. This week’s wayback video pick is dedicated to his legacy.

I love this song, and I think it’s fitting for this Wednesday. Lisa Fischer “How Can I Ease the Pain”

Enjoy the walk down memory lane…..

One of the most talented voices of all time next to Whitney Houston, Mariah Carey in her prime was unlike any other artist. “Vision of Love” is a pure classic from Mariah. By far my favorite song by Nick’s Wife.

I have always believed that greats die in threes, recently my beliefs were confirmed. The legend Etta James passed in late January just days shy of her birthday, followed by the tragic death of Soul Train creator Don Cornelius and today the death of music icon Whitney Houston was reported, with cause of death not being immediately released. In my opinion her cause of death is null and void, the life of legend has been lost.

News of Whitney’s death took me back to the last days of blues singer Johnny Taylor, he was approached about recording the song “Soul Heaven”, initially he refused because he said a song like that was too gloomy and he wasn’t dead yet. Reluctantly he recorded the song, passing away shortly after the recording. The song talks about all the singers and legends he meets at a party in soul heaven. Unfortunately, Whitney has been added to the list of greats that will be there. An incredible voice, and beautiful spirit, Whitney had her share of trials and tribulations, that more than likely will overshadow her talent in the wake of her sudden death. Like most of my generation (80’s babies) I grew up listening to her love songs. I always said that “All the Man That I Need” will be the song I dedicate to my husband on my wedding day. May her soul be at peace, Whitney Elizabeth Houston August 9, 1963-February 11, 2012. 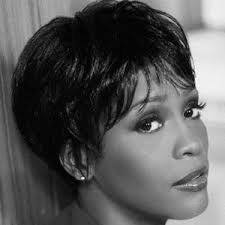