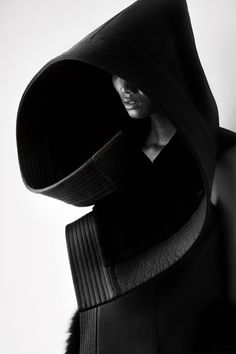 *a preview of what is really to come in “Sleeping With the Enemy”. A quick glimpse into chapter 3*

Shit had gotten so crazy over the past few weeks I wasn’t really sure which way was up and what way was out. I couldn’t decide when I was coming or where I was going. Bishop was up to his no good sneaky ass ways and thought I didn’t notice but I was the daughter of a cop and for sure wasn’t no nigga pulling the wool over my eyes; not even the man I loved. The Mexican cartels were using expensive pieces of art to bring drugs into New York and using me and my galleries to do it; then there were the McKayes; a fucking problem in themselves. There was one thing for certain, when it came to times like these I knew of only one person I could count on, my daddy. I was sitting in the window of Double Dutch Espresso waiting for my dad when a familiar car pulled up to the corner of Frederick Douglas and 116th street. There was no mistaking the 2019 showroom model blacked out Audi A9 because I was the one who picked it out. Not even three months prior, it was a gift to Bishop for his 32nd birthday; but what was he doing down on 116th at seven o’clock in the morning on a Saturday? I watched him pull over and park as if he was waiting for something or someone, he never got out of the car nor did anyone else. I was so lost in thought that I didn’t even notice my dad walk in; so when he kissed the top of the head it startled me out of my trance.

“What is he doing down here?” He said taking his place on the bar stool next to me, it shouldn’t have come as a surprise that my daddy observed Bishop without my yet having said a word. “That’s the same thing I’m trying to figure out, he pulled up a few minutes ago and there hasn’t been any movement in or out since. But anyway hey daddy.” I said turning away from the window long enough to acknowledge and kiss my dad. “How was mommy this morning?” I asked turning my attention back to the window and just in time to see exactly what was meant to be seen, Nia McKaye sliding her slimy good for nothing filthy ass into the passenger’s seat of the car I’d paid for. I couldn’t help but giggle because I knew that old habits die hard and she was just an old dirty wash rag from basement parties in Brooklyn. “He still playing with fire huh? Running around with McKaye’s daughter?” I pretended not to hear daddy’s comment but I was thinking the exact same thing only; this wasn’t the first time I’d caught them together nor was it the first time I’d chosen not to speak about it. Nia was a well-known whore, her list of bodies was longer than Lenox Avenue, and unfortunately she’d been getting her soul snatched out by Bishop since before she had hair on her dry rotted coochie. What he was still doing with her now had me befuddled like a muthafucka, but I was my father’s daughter and if nothing else I was going to find out. I had long had my feel of Mrs. Nia McKaye and her infatuation with Bishop King Santos, who didn’t make it any better by still fucking the run down bitch.

However, there was more pressing matters at hand and that was the reason I was even meeting with the great Carter Outlaw of the NYPD so early. “Dad I think one of my recent international acquisitions is intertwined with one of the cartels, the sellers were all too eager to get the statue here to the states and no sooner that it made it to my gallery did I have an overly eager interested buyer. I hadn’t even put it on the roster before they were inquiring about purchasing. That has never happened before and I have been doing this for a long time. Something isn’t right.” Being the daughter of a police officer and longtime girlfriend of a round the way knucklehead with a degree I knew a little something about this drug shit and it was not uncommon for real dealers to use pieces of art to transport drugs and weapons through customs. “Well, where did the acquisition come from?” “Dubai. There’s nothing out of the ordinary or weird about the statue itself it’s just the sellers and buyers are a little too anxious for my liking. I had my researchers do all their necessary work and it all checked out but I still feel uneasy.”

Before dad could respond something outside the window caught his attention, it was Nia; standing in the front of the café window staring right at me. Were we really about to do this? Right here? On 116th street? Bishop’s car was still parked across the street but he was nowhere in sight. I knew at some point it would come to this, Nia had it made up in her mind from the moment she found out Bishop was checking for me back in 93’ that I was obsessed with her; the little voices in her head had her believing that I wanted her life. As if she was something so great, nothing about Nia jumped out at you. She stood about five feet tall, weighed one hundred and ten pounds wearing a wet rain coat and snow boots and was built like an eleven year-old boy. She’d been dancing all her life so she did have a dancer’s body but other than that she was your basic run of the mill brown skinned “natural” chic. On the days she wanted to impress she wore wigs and untamed weaves, other days I’m sure she used juices and berries in her hair and called it a style. I knew she was married but had never seen her husband, she was always too busy chasing behind Bishop. I chalked him up to be some clueless “pointdexter”, but whoever the nigga was he had no idea his wife was an old school whore of Biblical standards, a modern day Mary Magedellan. Poor guy, probably thought he had a prize, he should’ve left that bitch in the bottom of the Cracker Jack box from whence he found her.

“Demi Karrine!” I was quickly snapped out of my trance by the sound of my father’s voice. I sat quiet, motionless not taking my eyes off the hoe of Harlem who was trying to burn a whole through me with her stare; contemplating and calculating. Reaction is what she wanted, for me to meet her where she was but that was one thing I wasn’t going to give her.

“I’m fine Daddy. I wouldn’t give her the satisfaction of acknowledging her existence let alone her presence in this very moment. She is right where she belongs, on the corner. She’s nothing but a two dollar whore chasing a third.” My attention then turned to Bishop’s car which still hadn’t moved and there was still no sign of him in or around it. Something was about to happen, I could feel it. There was a war on the horizon and there was no immunity, no running and damn sure no hiding. These New York streets and the people who ran them were ruthless and unforgiving and I knew I had to pick a side. But right now, on the corner of 116th and Frederick Douglas there was about to be a battle that was long overdue. “Excuse me for a moment daddy.” It was time for me to address a few things. I politely excused myself and stepped outside. The surprised look on Nia’s face let me know that not only was she not ready for a fight but that she expected to be acknowledged. I gave her the look of death as I walked right past her to where Bishop was parked. I opened the passenger side door and slid right in and slammed the door. The look on Bishop’s face let me know I was definitely not who he was expecting. “Demi! What the fuck yo!”

“So you want to tell me what your slick sway back ass is doing down here on the corner like some thug ass drug dealer  and with Nia fucking McKaye of all people! Your ass out here posted up like some low life slanging rocks to crack heads like you a nigga with a G.E.D instead of a degree and a successful business.” He sat quietly saying nothing only staring out the dark tints of the driver’s side window never once making eye contact or even looking in my direction.

“Maldita caga vaya a peor! Primero ella ahora éste! No puedo ganar para perder!” Bishop could speak that Spanish shit with them girls in the hood all he wanted but I understood every word that had just crossed his lips. “Uhhuh, yes! Here we go with this shit! And what you mean first her now this one? I’m this one now?? Bishop you better start talking and in English my nigga before I get real 50 block of Claxton on your ass. Start talking Bish!”