Like most children I had a couple of imaginary friends when I was growing up. I would sometimes talk to them or play with them when I wasn’t otherwise occupied with those who were among the visible. Eventually I grew out of the need for having friends that only I could see (once you come of age talking to people who don’t exist qualifies you for a check.) Now at the age of twenty-eight it appears I have made myself a few new imaginary friends. (Now before you judge me allow me to explain.)

Envy: a feeling of discontent or covetousness with regard to another’s advantages, success, possessions, etc.

It is no secret that women are the most envious, hateful and vengeful creatures put on this Earth. It has been my observation over the past twenty-seven point five years that women often compare themselves to other women even if they have a disdain for them. (Almost always if they have a disdain for them) Have you ever known a woman who is constantly talking about another? No matter what the subject she can always seem to find a way to integrate this woman into conversation or relevance? A woman with no concrete reason for having such strong dislike for another but is obsessed with everything about her be it good or bad. I don’t think of these women as enemies, I prefer to think of them as my imaginary best friends. I’m not sure when exactly when it happened but I now  have an imaginary best friend. Everything I do, she absorbs and dissects, everything I write she reads and internalizes as if she were reading a hand-written love letter from me to her. 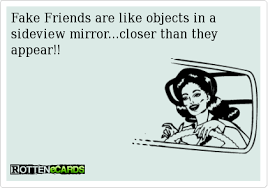 My new-found imaginary best friend can tell you what I was wearing on a specified day and where I wore it to, she can tell you who I’m sleeping with and why. She makes it her business to read follow my life, my best friend knows more about me than I know about myself and she isn’t afraid to tell anyone who will listen all about me.(Which most of the time are a bunch of lies and fabrications) It’s flattering how much of her time she dedicates to me and my reputation. I think she and I are in a competition of sort, well at least she is, I don’t really care to compare.  I am a strong believer in the idea that “Comparisons are odious”, I refuse to compare myself or be in a secret competition with someone who is in the same tax bracket or lower than myself.  Once you begin to compare yourself to another on a constant basis you find yourself dedicating time and energy to their every move when they don’t even care to acknowledge the fact that you exist.

Obsessed: To preoccupy the mind of excessively.

Women like these are the ones you should be most fearful of and keep your third eye on. Why? A woman who makes it a point to diminish everything about you, good or bad even when you could care less about her is out to get you. She wants you to notice her and make it your business to address her existence. The vendetta against you is deeper than what meets the eye and in all honesty truly has nothing to do with you. Believe it or not someone who devotes so much effort into ruining you either wants to be like you or wants to be friends with you. (I know that’s not shocking) There are more than likely feelings of inferiority when she thinks of you, otherwise she would care nothing about you. A sane person doesn’t compare themselves to someone who is equal or beneath them, that’s asinine. Someone who wants to be friends with you but can’t will go to great lengths to diss you to keep others from knowing how they truly feel.  Everything about you that makes them hate you or on you is everything they admire. A person who doesn’t have a legitimate reason for disliking you is just a friend in waiting. A fan who is watching from the sideline hoping to one day join the game.

Me personally, I embrace my imaginary best friend, Hey Girl!

“We need to realize that our enemies are in disguise, they could be right under your eyes”