Prior to attending his concert on Saturday I’d heard the name Eric Roberson many times, though I’d never actually taken the time to listen to his music I had heard nothing but good things about him. The 36 year-old Rahway, New Jersey born soul singer and songwriter who is most often times referred to simply as “Erro” has been on his journey in search of stardom since high school. He is a graduate of Howard University and has worked with names such as Musiq Soulchild, Jill Scott and DJ Jazzy Jeff and is also two-time Grammy nominee. So his resume’ is extensive and quite impressive, yet I was a virgin to his music. Being open to new experiences and more importantly new music so I was quick to accept my friend’s invite to see the infamous Erro perform. I have to admit that I wasn’t feeling the tall, light skin brother with the side parted box and geek glasses at first, 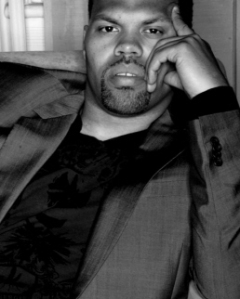 but his voice quickly changed mind and I instantly became a fan.  He put on a great performance for his St. Louis fans(he had women throwing dollar bills at him like he was a stripper) and from what I was told that wasn’t one of his best performances. The next morning I Googled the singer and became more familiar with more of his music and I must say I honestly see why he has such a large fan base. I’m not ashamed to say that I ordered almost all of his albums and am anticipating jamming to them on the regular.